Question 2.
Which of the following is not an electromagnetic wave :
(a) X – ray
(b) Ultraviolet ray
(c) Beta rays
(d) Visible light.
Answer:
(c) Beta rays

Question 4.
The formula for the velocity of electromagnetic wave in vacuum is given by :

Question 4.
Write the answer in one word/sentence :

Question 1.
Answer the following questions in one word/one sentence :

Question 18.
Where is the ozone layer situated in the atmosphere? What role it plays in the survival of human beings?
Or
How, the thin ozone layer is crucial for animal survival on earth?
Answer:
Ozone layer absorbs ultraviolet radiation coming from sun and other heavenly bodies and hence prevents it from reaching to the earth. Ultraviolet radiations cause genetic effect and damage the life of animals. Ozone layer is situated in between 30 to 50 km above the earth.

The curvature of earth:
The earth surface is curved hence ground waves cannot be transmitted for far distance.

Question 23.
What are sky waves? Explain.
Answer:
Those radio waves which are transmitted through lower atmosphere but reflected by ionosphere are called sky waves. The radio waves in the frequency range from 1500 Hz to 40 MHz are propagated by this mode. This is called short – wave band.

Question 24.
Why artificial satellites are used for long distance T.V. communication?
Answer:
T.V. signals are not reflected by ionosphere, therefore these waves are reflected by satellite.

Question 26.
Write the type of radio wave and write its one use :
Answer:
Waves:

The properties of electromagnetic waves are :

Question 6.
What are micro waves? State one of its important uses.
Answer:
The waves whose order of wavelength in few milimetre are called microwaves. It is used in radar system.

Question 8.
Describe the Hertz’s experiment of the production of electromagnetic waves in following points:

Answer:
It consists of two parallel plates P1, and P2 connected to two metal spheres S1 and S2. The distance between P1 and P2 is 60 cm. The gap between S1 and S1 can change by sliding along the rods R1 and R2.R1 and R2 are connected to the terminals of the secondary coil of an induction coil, so that a high voltage can be establi shed between S1 and S2 and spark between the gap is produced, P1 and P2 form a capacitor of low capacitance. 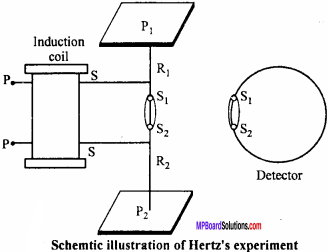 D is a detector. When the charge starts oscillating, between the gap, series of sparks are produced. This results in the production of electromagnetic waves. These radiations are received by detector D. 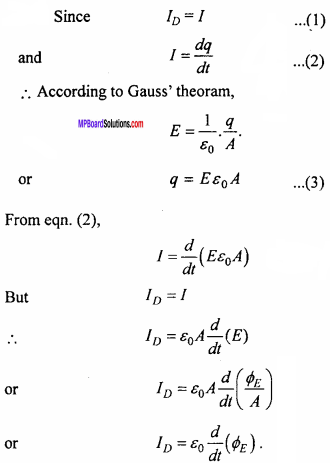 Following facts related to electromagnetic spectrum are to be remembered.

Production / generation:
The rays are produced due to nuclear reactions, radioactive elements like uranium and radium emit these rays by themselves.
Properties:

Production:
These rays are produced by bombarding of electrons on heavy metals.

X – rays can penetrate human body, but can be obstructed by bones and metallic materials.

Uses:
In medical investigation, like in the detection of fractured bone, the presence of metallic things in the body such as coin, bullet etc.

Production:
Ultraviolet rays are generated from discharge tube or carbon arc etc. Sun is an important source of ultraviolet rays. These rays are absorbed by ozone layers before reaching to atmosphere.

Production:
Sun is main source of visible light. The light obtained from electric bulb, candle and eye lamp is visible light. It is emitted when atoms of excited state reach to the ground state. It was first studied by Newton in 1966. The visible spectrum has many colour, the prominent being violet, indigo, blue, green, yellow, orange and red.

Production:
Infrared rays are produced by hot bodies and molecules. So, these are also called thermal rays.

Production:
These rays are produced in special type of vacuum tube like magnetron, klystron etc.

Properties:
These rays have very short length. So, they do not get diffracted by the obstruction of large size. These rays move forward in the form of a narrow beam of rays. So, these rays can be sent in a certain direction without any expansion.

7. Radio waves:
These rays were discovered in 1899 by Marconi. Frequency of these waves are generally measured in kHz or MHz. These rays have frequency from 500 kHz to 1000 MHz or wavelength from 0.1 m to 6 x 102 m. These waves are also called wireless rays.

Production:
These waves can be produced by oscillator circuit and can also be produced by passing high frequency alternating current through any conductor.

Properties:
Due to higher wavelength, they get diffracted. 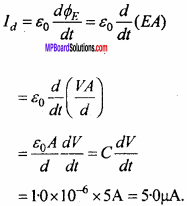 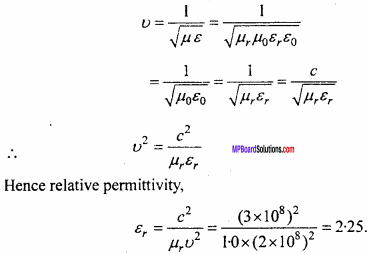